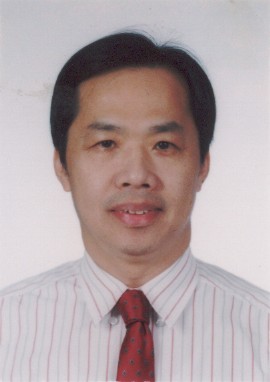 Bing-Huei Chen, male, food scientist, received his Ph.D. degree in Food Science & Technology, Texas A & M University, the USA in 1988. He is currently the Distinguished Chair Professor from 2004–present in the Department of Food Science, Fu Jen Catholic University, Taipei, Taiwan. During his tenure, he has served as Chair of Department of Nutrition and Food Science from 1994-2000, Director of Graduate Institute of Medicine from 2006–2009, and Dean of College of Human Ecology from 2012–2015. Until now he has published 182 research articles in internationally renowned journals and authored 11 book chapters in edited books published by International Publishers. He also serves as Editor-in-Chief of 2 journals “Recent Patents on Food, Nutrition, and Agriculture” and “International Journal of Current Toxins Research” and Associate Editor of 2 journals “Journal of Food & Drug Analysis” and “Asian Science Bulletin”. In addition, he serves on the editorial board of 96 journals. 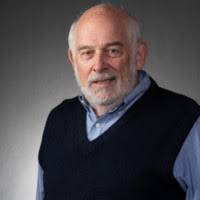 Professor Lawrence J. Berliner, University of Denver, and Emeritus Professor of The Ohio State University is a pioneer in protein structural and free radical research. His team developed thiol-specific spin labels, which facilitated site-directed spin labeling for studying protein structure in solution by electron paramagnetic resonance (EPR). His research has involved protein-protein interactions, free radicals, and in-vivo EPR. He is a fellow of the prestigious American Academy of Arts and Sciences, the American Chemical Society, Past-President of the International EPR Society. He and has received the 2000 Silver Medal of the International EPR Society and the 2005 Lifetime Achievement Award in Biological EPR Spectroscopy. He is Editor-in-Chief of Cell Biochemistry and Biophysics and has edited over 30 books on magnetic resonance applications in biology and medicine. He has spoken at many conferences the world on proteins, magnetic resonance the history of the Nobel Prize.

Eliade Stefanescu graduated the Faculty of Electronics, Section of Physicist Engineers, in 1970, and obtained a PhD in Theoretical Physics in 1990. As a Scientist from 1976, a Senior Scientist III from 1978, he worked in technology of semiconductor devices. From 1978, he worked in physics of optoelectronic devices. From 1987, and from 1990 as a Senior Scientist II, he worked in the field of open quantum physics. In 1991 he discovered that the penetrability of a potential barrier can be increased by coupling to a dissipative system, and described the decay spectrum of some cold fission modes. As a Senior Scientist I, from 1997 he developed a microscopic theory of open quantum systems, and discovered a physical principle for the heat conversion into usable energy. In 2014, he produced a unitary relativistic quantum theory. In the years 1995-2000, he held a course called Dissipative Systems for the master degree 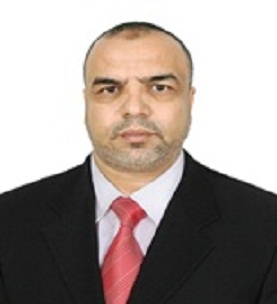 FARES REDOUANE is currently Professor of Physics Ahmed ZABANA Relizane university center of Relizane - Algeria. He earned Phd from the University of USTO-MB ORAN -ALGERIA. In his work he pioneered the technique for waste water treatments and Carbon active absorbtion. 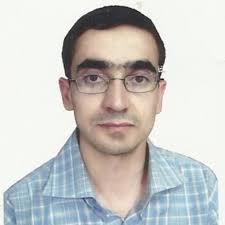 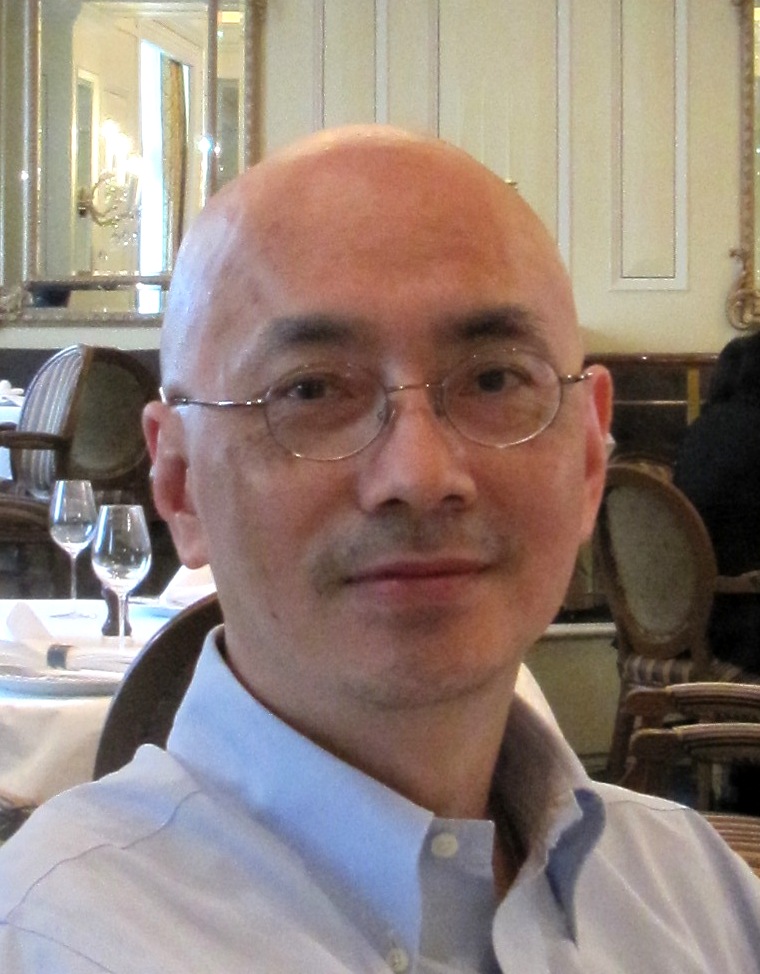 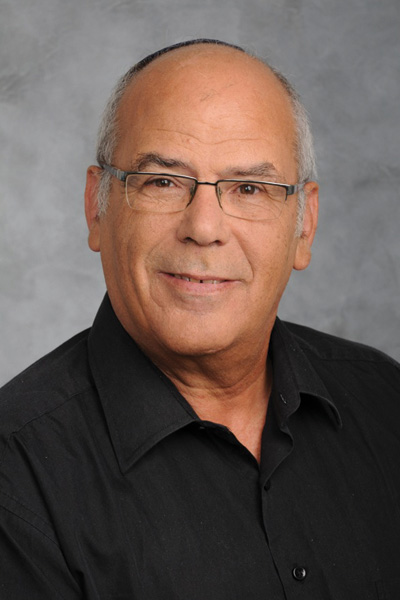 Prof. (Emeritus) Aharon Gedanken, of the Department of Chemistry, is a member of the Nano Materials Center at the Institute of Nanotechnology and Advanced Materials (BINA), and a recipient of the President of Israel Achievement Award for coordination of a European Funded Research. Gedanken is a pioneer of sonochemistry – a discipline in which chemical reactions are accelerated through the application of ultrasonic sound waves. His many discoveries include a process that removes heavy metals ions from polluted water using aquatic plants and microwave radiation – a fast and low-cost method for producing purified water on the one hand, and metallic nanoparticles on the other hand.

Ivan Bozovic received his PhD in Solid State Physics from Belgrade University, Yugo-slavia, where he was later elected a professor and the Physics Department Head. After moving to USA in 1985 he worked at Stanford University, the Varian Research Center in Palo Alto, California, and in Oxxel, Bremen, Germany. Since 2003, he is the MBE Group Leader at Brookhaven National Laboratory, and since 2014 also an Adjunct Pro-fessor of Applied Physics at Yale University. He is a Member of European Academy of Sciences, Foreign Member of the Serbian Academy of Science and Arts, Fellow of APS, and Fellow of SPIE. He received the Bernd Matthias Prize for Superconducting Materials, SPIE Technology Award, the M. Jaric Prize, the BNL Science and Technolo-gy Prize, was Max Planck and Van der Waals Lecturer, and is a Gordon and Betty Moore Foundation PI. His research interests include basic physics of condensed states of matter, novel electronic phenomena including unconventional superconductivity, innovative methods of thin film synthesis and characterization, and nano-scale phys-ics. He has published 11 research monographs and over 290 research papers, includ-ing 30 in Science and Nature journals. 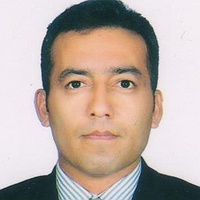 Reza Jamshidi Rodbari is a Doctoral in Material Science and Engineering at the Federal University of Pernambuco, Brazil. He is the Member of the board, Executive Director at R & C Jam Catalyst Industrial Group, in the sector of energy sustainability and petrochemical industry. He has contributed himself by participating in events like International Congresses on Petrochemicals and Chemical Engineering in 2013 at San Antonio and also in 2014 at Las Vegas. He was the part of the organizing committee of the World Conference and Expo on Petrochemicals and Natural Resources during 2018 at Prague. He has two books with ISBN, an International Patent in the Catalyst Area and has 35 article publications.

Yazen M Alnouti is an Assistant Professor in the Department of Pharmaceutical Sciences, University of Nebraska Medical Center. He worked as a Research Assistant Professor in the Department of Pharmacology, Toxicology and Therapeutics, University of Kansas Medical Center. he received his Post Doctorate from University of Kansas Medical Center. He was selected by Selected by “Who’s Who in America” as a scientist with outstanding achievements in the year 2009. He has a Professional membership in American Association of Colleges of Pharmacy (AACP). He experienced as a Teaching & Research Assistant in the College of Pharmacy, University of Georgia. His highlights of Research expertise include Drug Metabolism and Disposition, High-Throughput Bioanalytical Chemistry and Pharmacokinetics.

Be a member and support us

The organizers hold no responsibilities or liabilities of the personal articles of attendees at the venue against any kind of theft, loss, damage, due to any reason whatsoever. Delegates are entirely responsible for the safety of their own belongings.

No insurance, of any kind, is included along with the registration in any of the events of the organization.

Press permission must be obtained from Allied Academies Conference Organizing Committee prior to the event. The press will not quote speakers or delegates unless they have obtained their approval in writing. The Allied Academies is an objective third-party nonprofit organization and this conference is not associated with any commercial meeting company.

For security purposes, letter of invitation will be sent only to those individuals who had registered for the conference after payment of complete registration fee. Once registration is complete, please contact polymerchemistrycolloquium@outlook.com to request for a personalized letter of invitation, if not received until one month before the scheduled date of the event.

All the bank charges applicable during refund will be deducted from the account of the participant.

All cancellations or modifications of registration must be made in writing to finance@alliedacademies.com

If due to any reason, Allied academies postpone an event on the scheduled date, the participant is eligible for a credit of 100% of the registration fee paid. This credit shall only be used for another event organized by Allied academies within a period of one year from the date of rescheduling.

If due to any reason, Allied academies postpone an event and the participant is unable or unwilling to attend the conference on rescheduled dates, he/she is eligible for a credit of 100% of the registration fee paid. This credit shall only be used for another event organized by Allied academies within a period of one year from the date of rescheduling.

All registrations, after payment of complete registration fee, are transferable to other persons from the same organization, if in case the person is unable to attend the event. Request for transfer of registration must be made by the registered person in writing to finance@alliedacademies.com. Details must include the full name of replaced new registrant, their title, contact phone number, and email address. All other registration details will be assigned to the new person unless otherwise specified.

Registration can be transferred to one conference to another conference of Allied academies if the person is unable to attend one of the conferences.

However, Registration cannot be transferred if intimated within 14 days of the respective conference.

The transferred registrations will not be eligible for Refund.

Keeping in view of increased security measures, we would like to request all the participants to apply for Visa as soon as possible.

Allied academies will not directly contact embassies and consulates on behalf of visa applicants. All delegates or invitees should apply for Business Visa only.

Important note for failed visa applications: Visa issues are not covered under the cancellation policy of Allied academies, including the inability to obtain a visa.

If the registrant is unable to attend and is not in a position to transfer his/her participation to another person or event, then the following refund policies apply: